What superlative should I use to describe my visit to Ephesus… only the best preserved ancient city in the world! I should really just stop visiting ruins from this point forward because is anything really going to compare? I’ve been ruined for all future ruins! (See what I did there?) 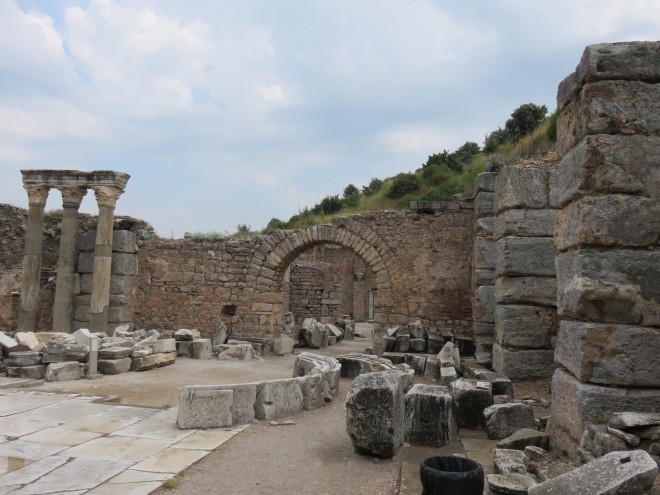 Now if you haven’t heard of Ephesus, it was an ancient Greek city on the Ionian coast, which is now modern day Turkey. It was the third largest city in Roman Asia Minor and the centre of trade in the ancient world. It’s also famous for being the site of one of the original seven wonders of the world – The Temple of Artemis. It’s basically just a pile of rubble these days, but still pretty cool.

Not much left of this world wonder…

Ephesus was nothing short of impressive. We easily wandered around the 2000 year old streets for hours, continually awed by the next monument around the corner. I was shocked when I learned that Ephesus wasn’t on the list of UNESCO World Heritage Sites only to find out that it was added to the list mere days after my return home. It’s about time! 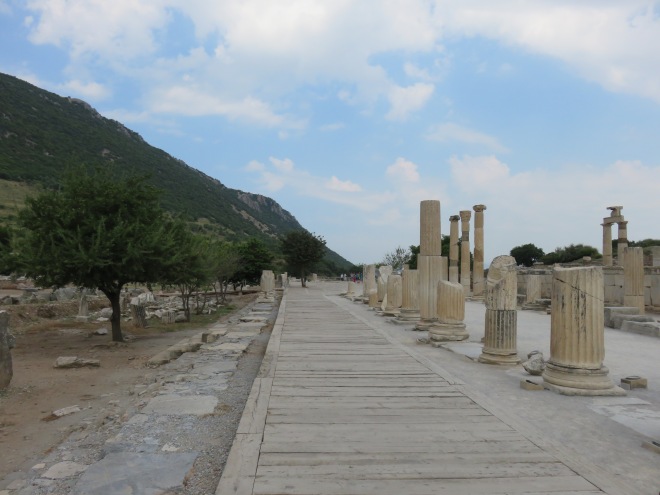 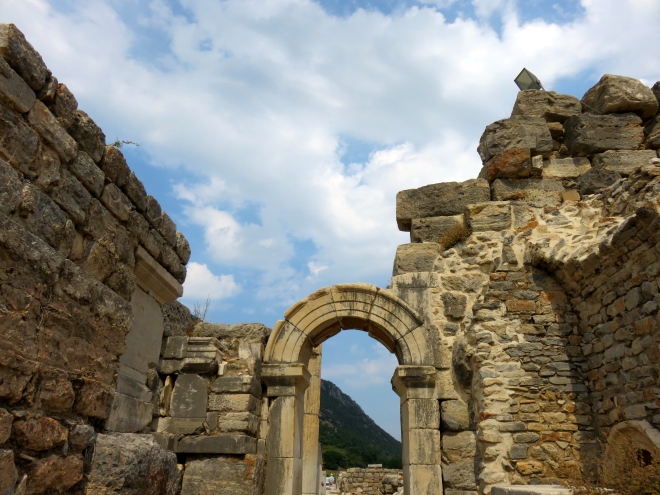 We majorly lucked out during our mid-morning visit. The weather was much cooler and we even had a brief rainstorm that kept us quite comfortable for our mostly exposed touring. And the crowds were relatively sparse, which is a total miracle when you’re visiting the number one tourism site in Turkey during high season.

Now I could continue to list off dozens of noteworthy facts and figures but I think I’ll let the photos do the talking. 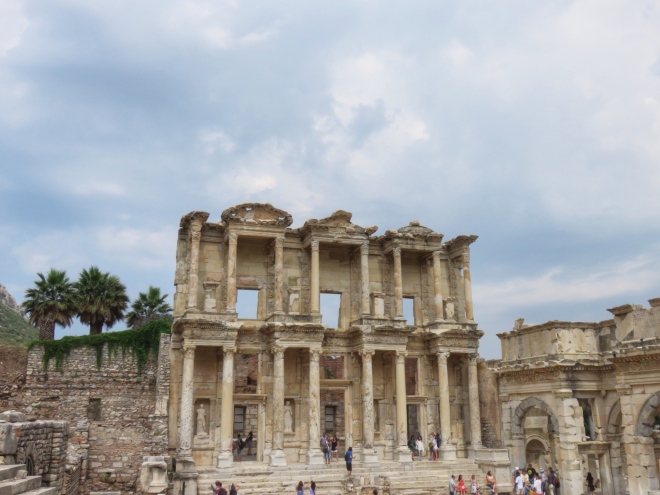 The Library of Celsus, built in 117 AD was one of the most beautiful structures in Ephesus. 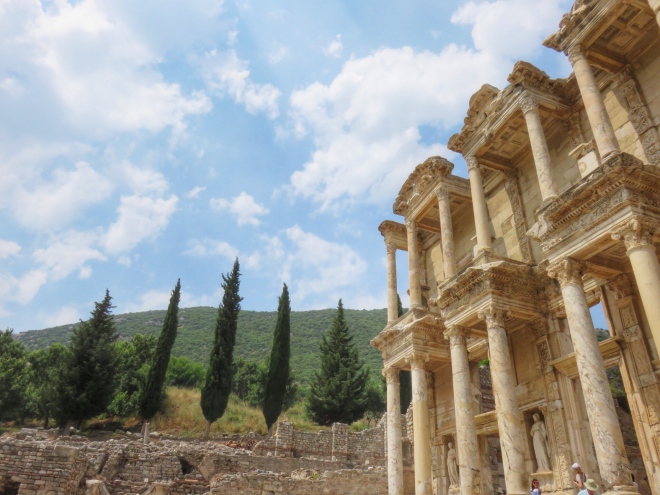 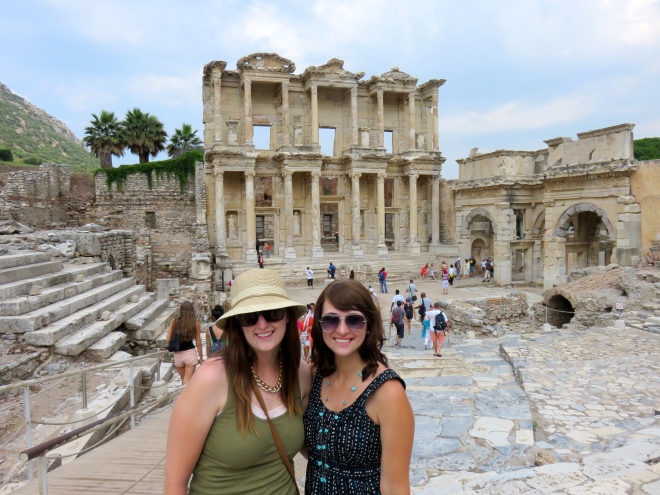 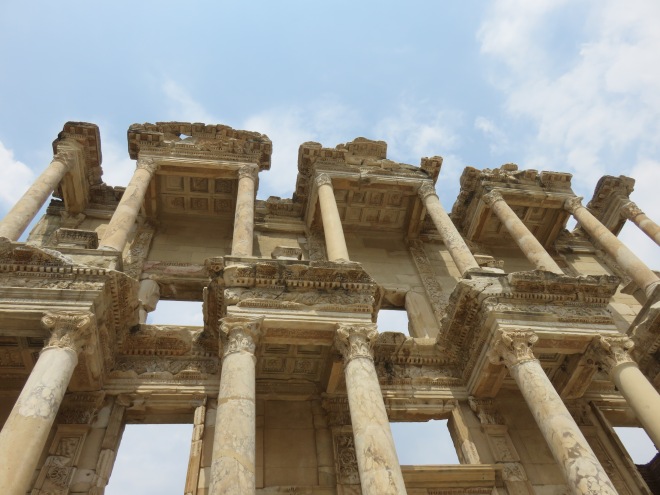 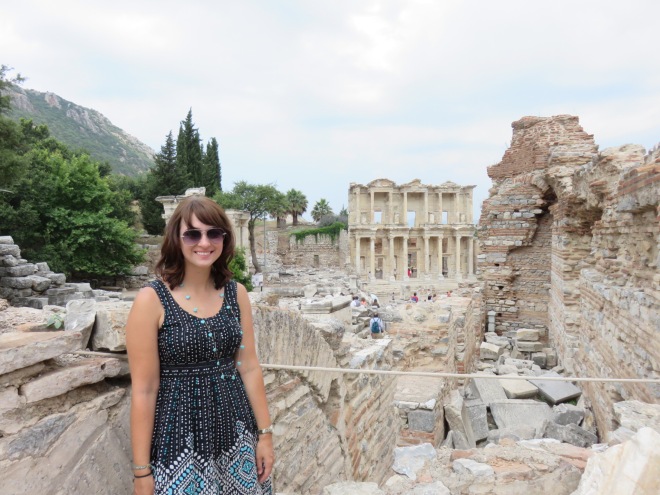 The most magnificent structure in Ephesus, The Great Theatre, seated 25,000. 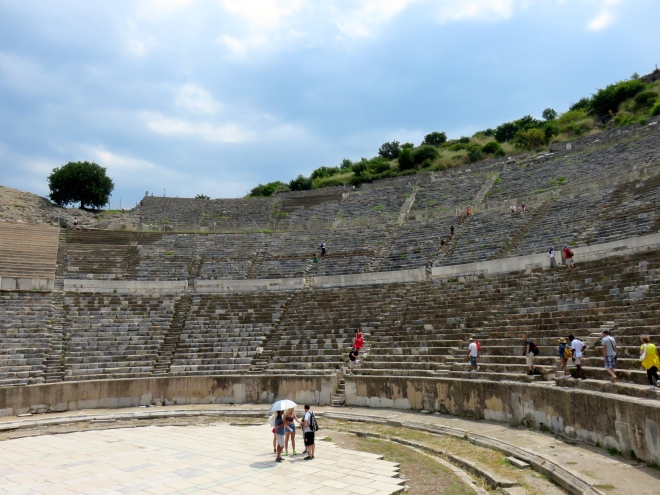 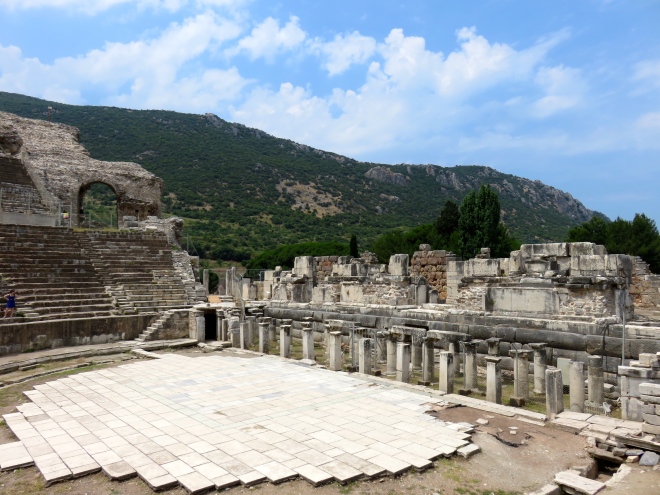 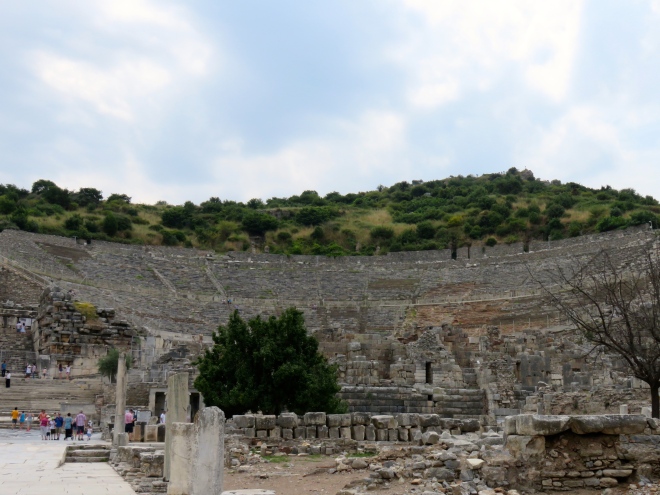 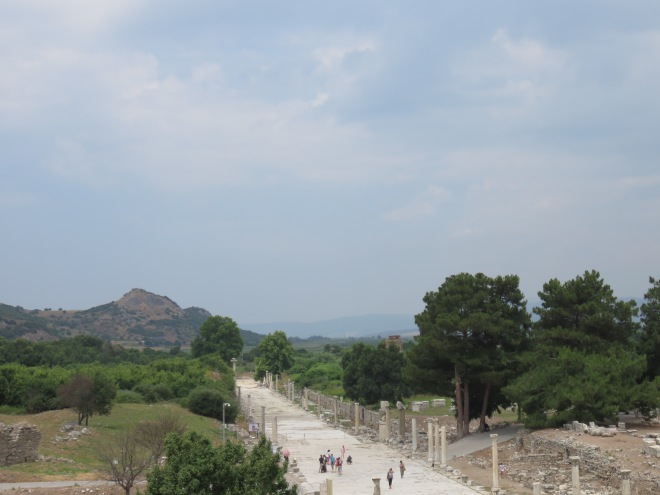 Ephesus was a perfect start to my time in Turkey, setting the stage for some of the most awe-inspiring sites I’ve ever seen.

One thought on “Ruined by the Ruins of Ancient Ephesus”