For someone who had never even been to Oregon a mere 3 years ago, I sure am making up for lost time! And a lot of that has to do with the relocation of my awesome cousin Jordan and his wife Emily. They moved from Kansas to Portland a year ago and I’ve already been down twice. But, something I’ve been dying to do for years is spend some time on the famed Oregon Coast.

So, I hatched up a reunion scheme involving an adorable cottage rental in Gearhart and a crew of Canadian cousins ready to road trip. In the end we were seven 20-somethings and a dog enjoying lazy days at the beach and cozy night of Cards Against Humanity. We ate A LOT of good food, played games, flew kites, drank beer, and enjoyed the laid back life that we love in the Pacific Northwest. 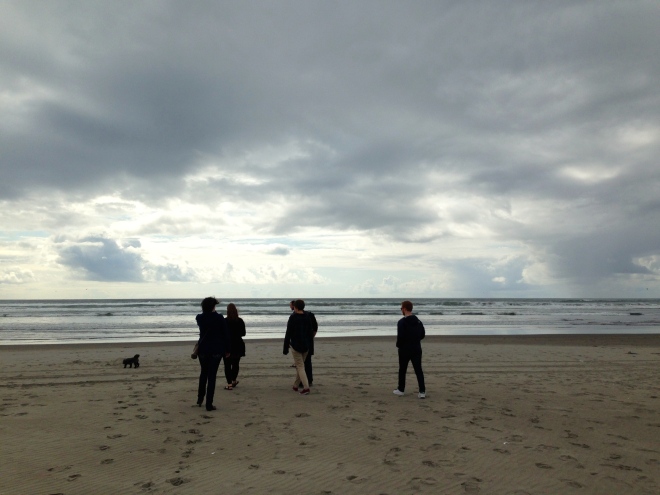 We even had an unexpected surprise on our morning walk to the beach one day. As we approached the path between the town and the beach, we noticed some large creatures in the tall grass. It turns out that a herd of approximately 50-60 elk had decided to hang out beside our beach. Initially terrified but soon excited as locals assured us that it was safe to continue. We proceeded to pass by these majestic creatures, completely awe-struck. It was one of those magical encounters with nature that I will always remember.

Move over #selfie because we prefer the #elkie

Since we could walk to the local beach in Gearhart – we didn’t stray too far from our little home away from home. But, we did make one excursion to nearby Ecola State Park in Canon Beach. The view point gave us a stunning back drop for some long overdue family photos. And the beach, mostly deserted, and stretching on like glass, made for a very chill afternoon. 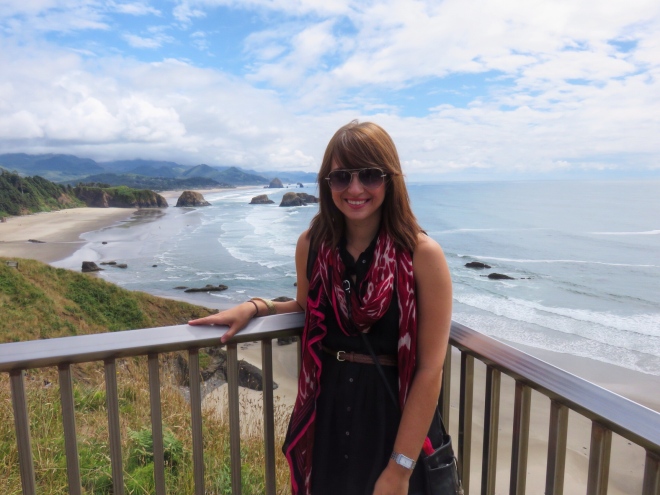 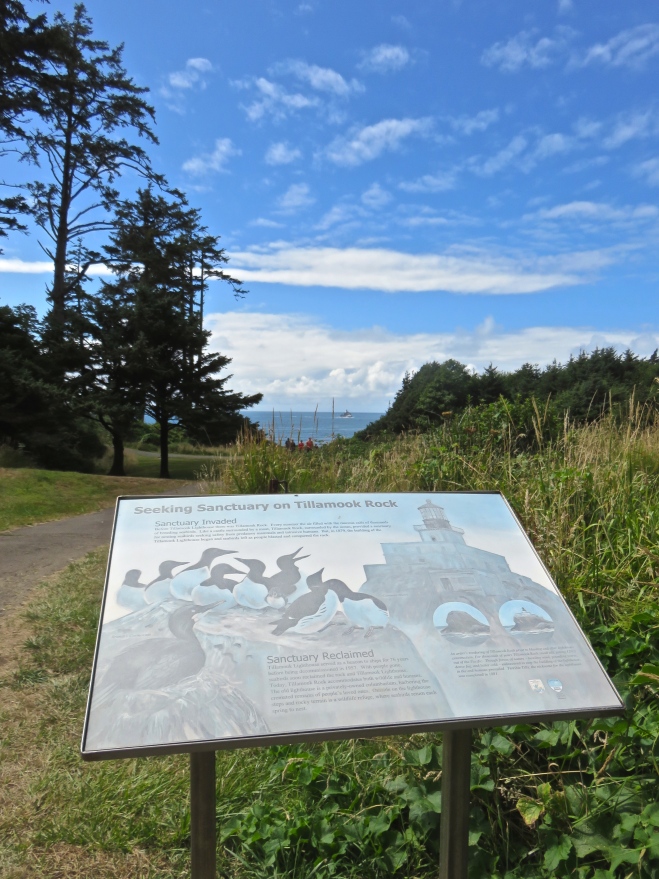 Cousins – me and the boys!

Typically on a short trip like this, I would try to pack in a lot of activities. Especially when I’ve had my eye on the coast for such a long time. But, for this long weekend I left things unscheduled and gave myself permission to just relax. Maybe it’s part of getting older. Or maybe it is the craziness of my home life right now (flooded apartments are no joke…eek!). But a weekend away with good people and no plans was exactly what the doctor ordered. And let’s get real… we all know I’ll be back.