Nearly 8 years ago, I received a book of the 100 most beautiful cities in the world. Croatia had never really crossed my mind until I opened the page to Dubrovnik – The Pearl of the Adriatic. One glance and I was sold. Someday, I told myself, I will go there! And now, after many missed connections, planes, trains, ferries, and buses, I’m finally there!

Dubrovnik is a tourism mecca. As a popular cruise port, throngs of visitors pour into the old town’s narrow streets in search of the quintessential European charm and coastal beauty that makes it a UNESCO World Heritage site and a top contender for the most beautiful city I’ve ever seen.

The city is steeped in stunning architecture and sculptural detail, boasting spectacular churches, monasteries, museums, and fountains. And despite past violence and destruction from earthquakes and war, the magnificent 13th-century walls that surround the Old Town still stand as the highlight of my trip so far.

This is where we found ourselves after a leisurely dinner in the main square observing three joyful wedding parties on their celebration marches. The 2km city walls that wrap around the Old Town provide the most beautiful panoramas of the city including Lokrum Island nestled near the harbour mouth and beyond… the Mediterranean Sea. We spent more time than we care to admit wandering around the walls on this warm summer evening, drinking in the picture perfect vistas and filling our cameras with complimentary souvenirs. Every turn led to more ooh’s and aah’s and I really never got sick of photographing those red-tiled roof tops. Trust me, I have evidence. And isn’t it curious how laundry hanging to dry somehow becomes magical in a foreign land? In the end, our one  night in Dubrovnik was all too short but worth every bit of effort. 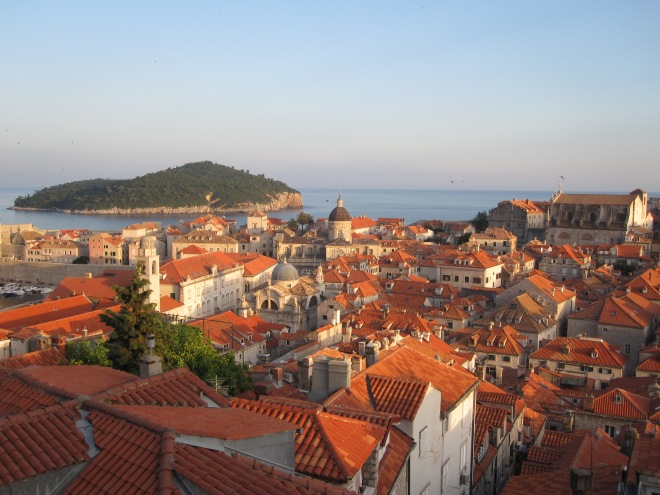 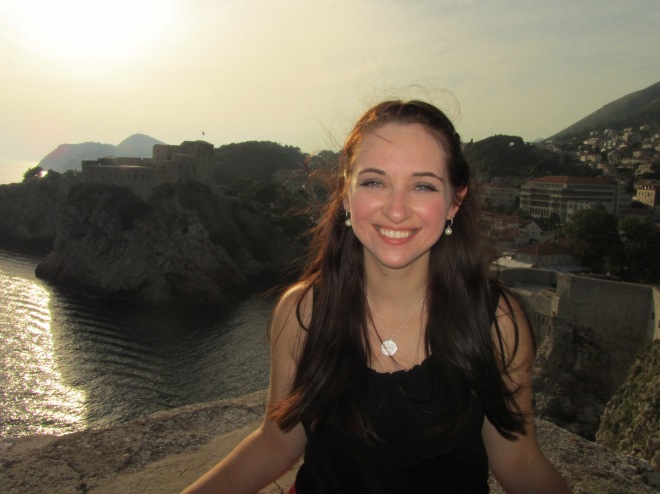