The first thing I realized after stepping out of the airport shuttle in front of the Kelebek Cave Hotel in Goreme is that two nights wouldn’t be near long enough. I was instantly smitten by the fairy chimneys, valley views, and our cozy bedroom (with fireplace!). I got lost pretty much every time I tried to go anywhere on the property but who really cares when the place looks like this! 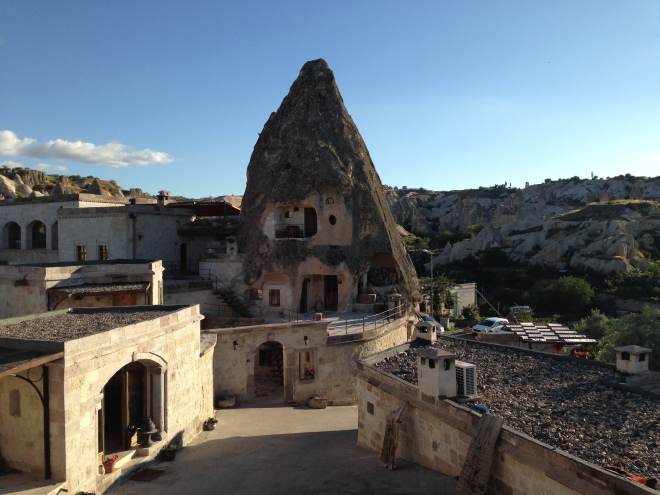 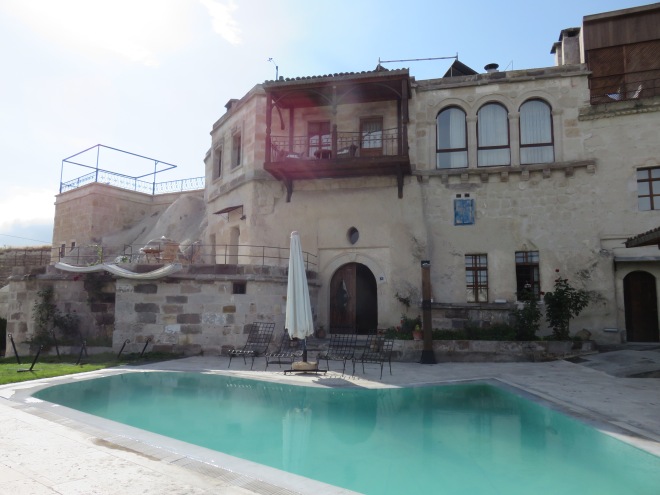 Even though I could have happily hung out at the hotel all day, I was eager to explore.

Goreme is the most popular village in Cappadocia but since it is still relatively small, we decided to check out the nearby Open Air Museum on foot. It is important to note that I was expecting a casual wander not an epic hike, which is of course what happened. We reached the museum near closing time so we opted to check out the caves and hills in the surrounding area instead.

What seemed like a gentle incline soon turned into a treacherous climb due to my flimsy sandals on shale rock. We spent the better part of two hours playing in the hills with many screams and much laughter. Rachel and I were hobbling around like old ladies with Caleb mocking us while trying to keep us from falling. It ended up being one of my favourite evenings and we got some incredible photographs too. 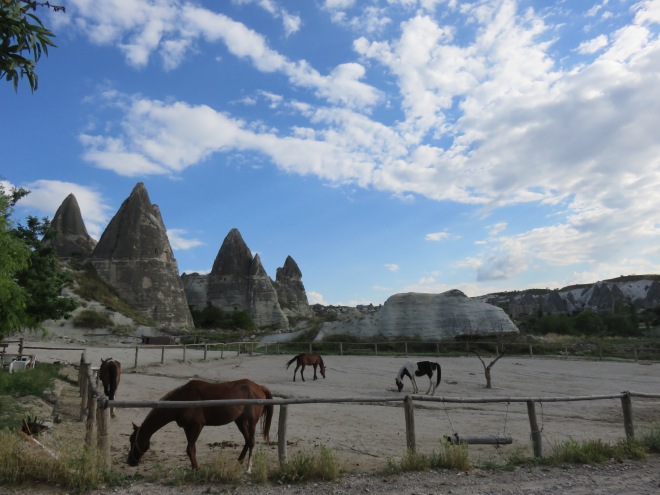 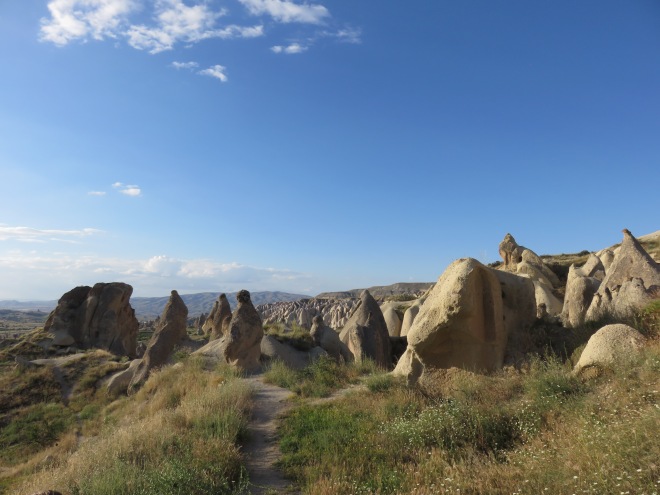 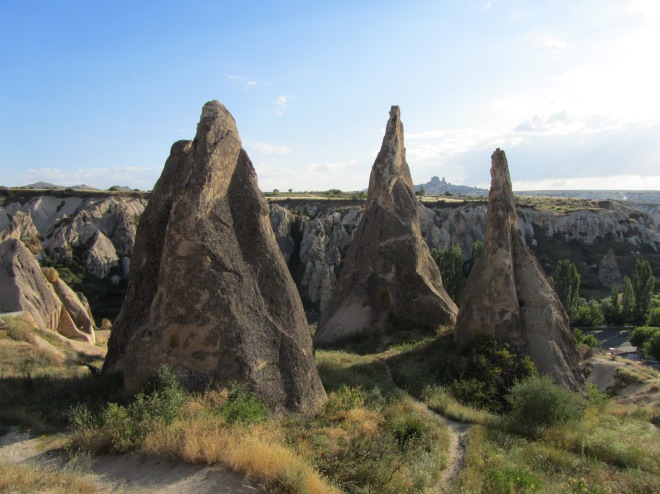 The next morning we were supposed to go on our hot air balloon ride but it got cancelled due to bad weather. It eventually got rebooked for the next day (THANK GOD!) but in the meantime we consoled ourselves with an amazing day tour by Heritage Travel.

The History and Adventure Tour picked us up from our hotel at 10:00am and drove us 5 minutes to the start of our hike in the beautiful Rose Valley. The weather didn’t cooperate very well with some light rain cutting our hike a bit short but we were still able to see fairy-chimneys, local farms, pigeon houses and cave chapels. 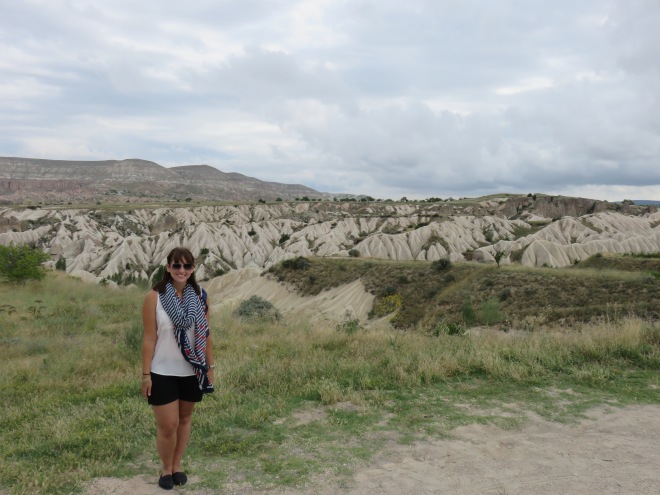 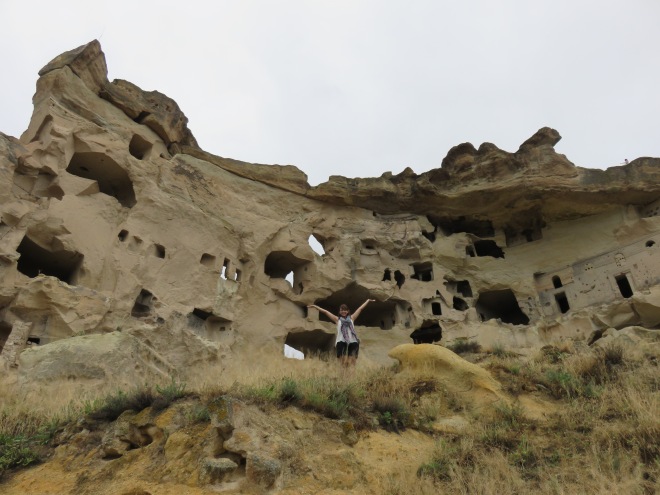 The weather cleared up just in time for our next stop at the Monks Valley (Pasabag), where we got to see the mushroom-shaped fairy chimneys and St. Simeon’s monk cell.

By this time we were ready for lunch in the Kings Valley. After some pretty lacklustre buffet lunches on previous tours, we had very low expectations for our meal. We certainly never expected it to be the best meal of the entire trip! Our group was taken to a private organic farm where some local ladies cooked us a fresh, vegetarian meal in a picturesque outdoor setting straight out of the movies. Now that’s farm to table! 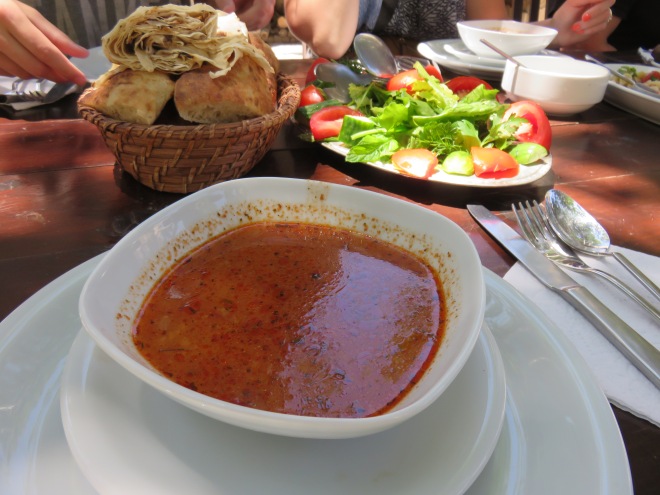 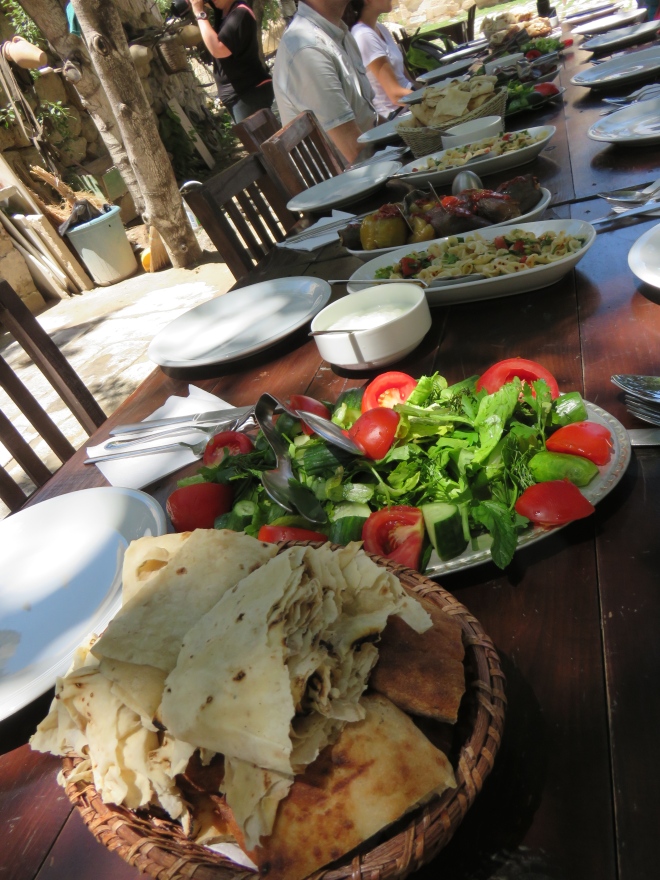 In the afternoon, we toured the Kaymakli underground city, the first and most popular underground city in Cappadocia. This complex carved underground was used for hundreds of years by locals to hide from Romans, Persians and Arabs. We were able to explore 4 levels deep and get a sense of what life was like underground.

That was supposed to be the end of tour but because our hike was cut short, we were able to add one last stop at the Panoramic View. This is a popular viewpoint in Goreme that earns its name in spades. 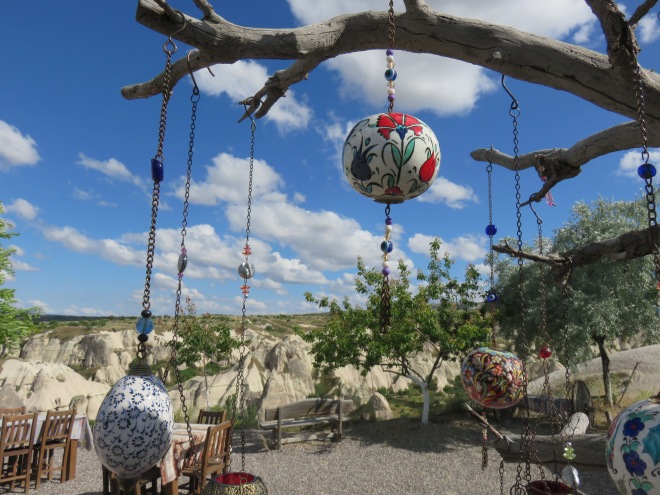 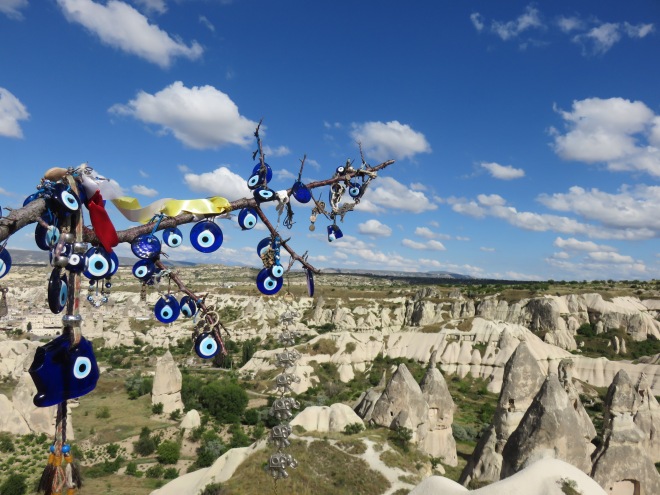 Our tour guide was informative and interesting and the stops on the tour gave us a great overview of the region. I had no idea there was so much to see in Cappadocia but I sure hope I make it back someday. It’s a one-of-a-kind place like nothing I’ve ever seen before.