Ever since I was a young girl I’ve had a fascination with fairy tales, princesses, and castles. I blame it on Disney’s expert brainwashing. But, for all of my European travels, I’ve actually visited relatively few actual castles. And the ones I did see turned out to be more like military fortresses than the elegant palaces of my dreams. So imagine my delight when I googled “day trips from Lisbon” and discovered Sintra, a town near the coast dotted with royal retreats, estates, and castles. Needless to say I was sold.

All it took was a 1 hour train ride (don’t get me started on the ticket purchasing process… you need to up your game Rossio station) and an accidental hike up a mountain. #worthit

We arrived in Sintra on a picture perfect winter day (that honestly felt more like Spring) and instantly got swept away by the magic of this town. We could barely take a few steps before we HAD to stop for another photo. Progress was slow. 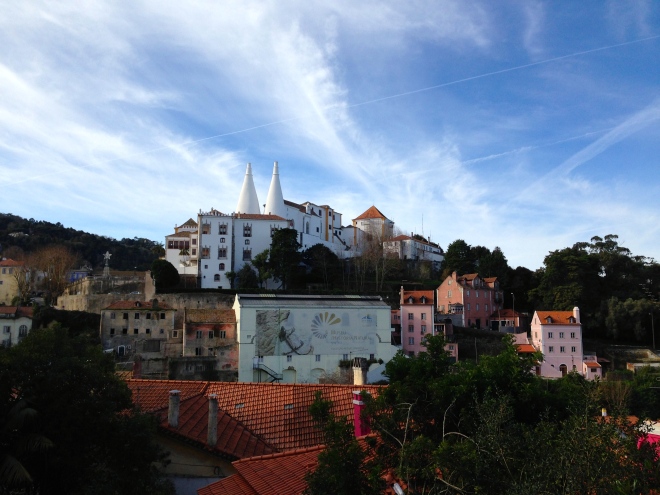 We had done our research in advance and knew that of all the castles and palaces in the region, the Pena National Palace was the one we wanted to see most. According to google maps, the pink and yellow palace was approximately a 30 minute walk from the main part of town. Easy.

We started walking up the hilly roads along with many other tourists. But, as we continued up the cobblestone road, our fellow travellers started to dwindle until it was just Megan and I left. We initially didn’t think much of it until it became clear that google maps was a BIG FAT LIAR. This was no 30 minute hike. But we soldered on… (a) because we kept hoping we were almost there (b) because we were too cheap to pony up for a bus pass, but mostly (c) because there really wasn’t another choice. We were alone out there.

At least we had pretty castles to motivate us.

We did eventually make it to the ticket office where we purchased a park pass for €8 which gave us access to everything except the inside of the palace. Cue epic fairytale photo shoot. 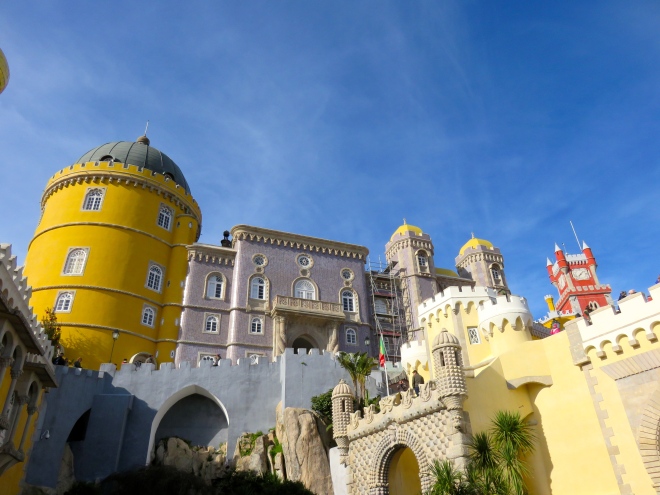 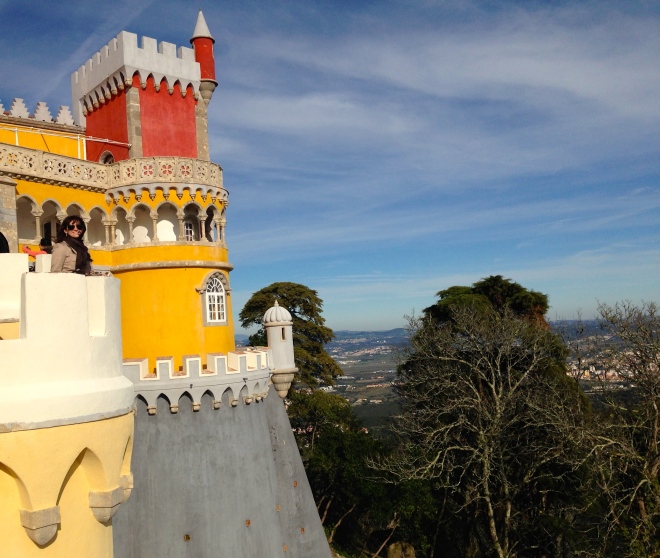 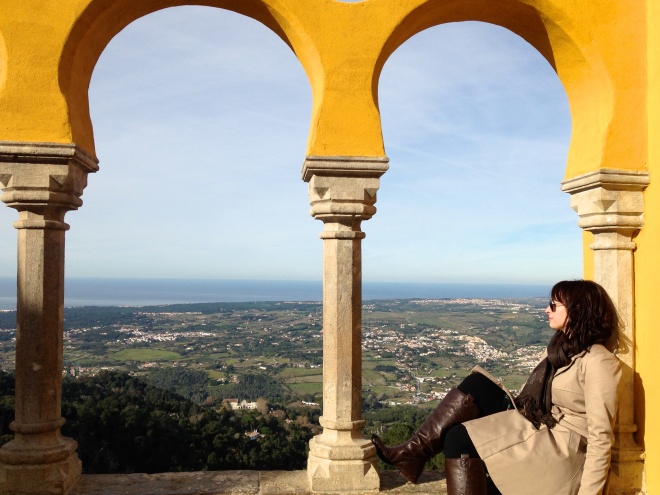 Sintra was such a worthwhile day trip. My feet may have been throbbing but my camera was full and I definitely got my castle fix for the next year or so.

Do you love castles as much as I do? Any recommendations?