It’s always an interesting experience to visit a city that is super famous. The first time that I visited both Paris and New York I kept feeling like somehow I’d been there before. This isn’t surprising considering how many movies are filmed in both cities, yet still the familiarity was surreal.

I’ve been hearing about Sydney for years and especially how much I was going to love it. Often compared to my beloved Vancouver, I had high expectations for my first visit. And although many of the sites were exactly how I imagined, the city as a whole was completely different.

For starters, Sydney is BIG. Think NYC big. With a population of over 4 million people, the CBD was always buzzing with activity. Instantly I decided that Sydney was no Vancouver. The comparisons do make sense of course – harbour city, new city, multicultural city… but the vibe is 100% Australian.

I think I hit the nail on the head when I decided that Sydney is New York on vacation. If NYC could just absorb some of the Aussie chill and spend more time at the beach, then they’d be on the same page. That’s my theory anyways. 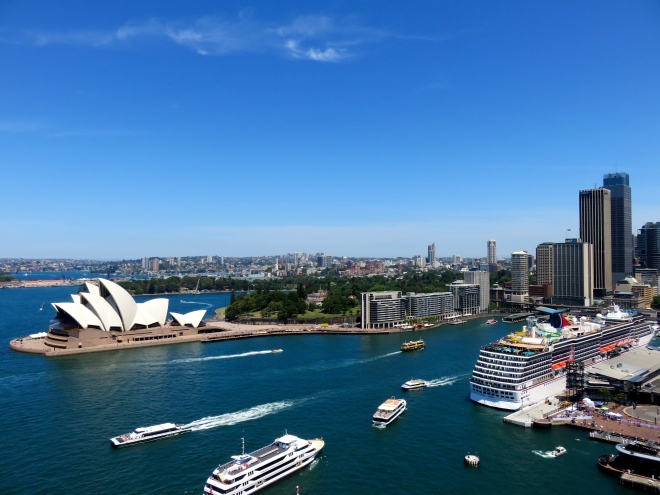 The ever busy Circular Quay 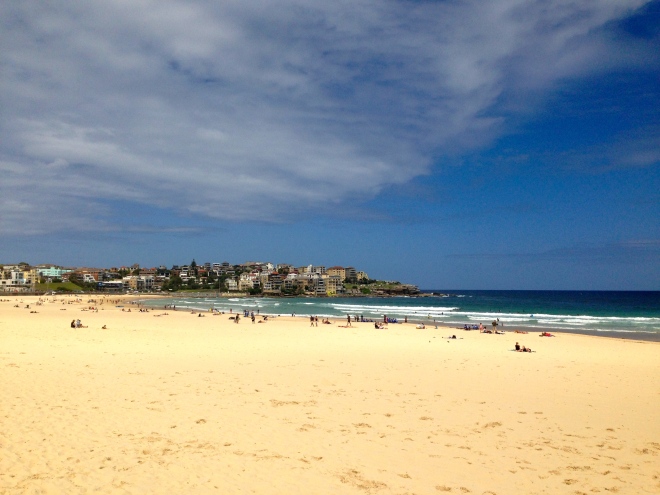 I was able to spend six full days in Sydney and opted to stay in an Airbnb rental in the convenient suburb of Waterloo. My hosts were fantastic (Hi Wayne & Sasha!) and I got a real sense of what life would be like if I lived in Sydney (read: Expensive).

I am not kidding. I thought that rent in Vancouver was pricey but Sydney is next-level ridiculous. Just check out this cost of living analysis noting that renting a 900 sq ft furnished place in a “normal” area would cost AU $3,328 per month (essentially the equivalent in CAD). Now I understand why expat friends of mine had 6 room mates in a 2 bedroom apartment. Yikes! And that’s not the only thing that’s expensive… pretty much everything costs more: coffee, alcohol, gelato… only my travel/life essentials!

Cost aside, I loved my time in Sydney. I bought an OPAL card and figured out the transit system with ease. I walked a ton. I visited beaches and museums. Climbed bridges and rode ferries. I went on a free, 3 hour walking tour of the city with a tour guide that looked like a petite version of Jessica Jones. It was FANTASTIC! Probably the best tour I’ve ever done, and I’ve done a lot of tours in my travels so that’s saying something.

I never got tired of wandering around Circular Quay or Hyde Park or The Rocks. I could easily spend countless hours listening to the street buskers or people watching on the Opera House steps or photographing this city from every angle. It’s magical. 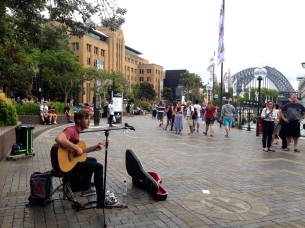 The Rocks (oldest part of Sydney)

I got to soak up many of the activities that are especially lovely during the summer months, like enjoying refreshing drinks at the most epic beer garden in the world (The Opera Bar), wandering through outdoor markets, and  reveling in the Saturday night Firework spectacular in Darling Harbour.

Check out these crowds – The Opera Bar is the place to be any night of the week! 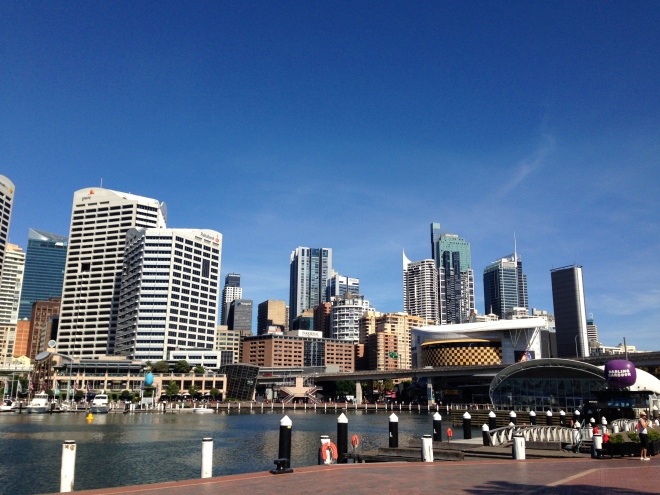 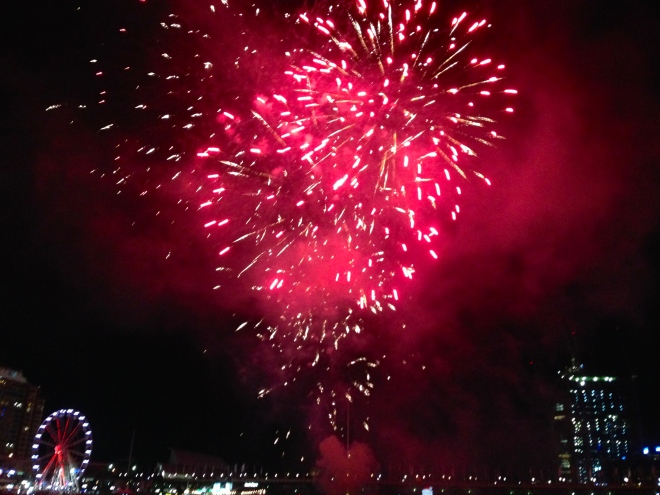 Fireworks and a Ferris Wheel

Even though Sydney is conceivably the furthest destination I could possibly visit, I know that I will be back someday. Australia will not and can not be a one-time trip for me. There’s just something about the land down under that has captured my heart.

Have you ever been to Sydney? What were your impressions of this world-class city?

2 thoughts on “There’s Something about Sydney”